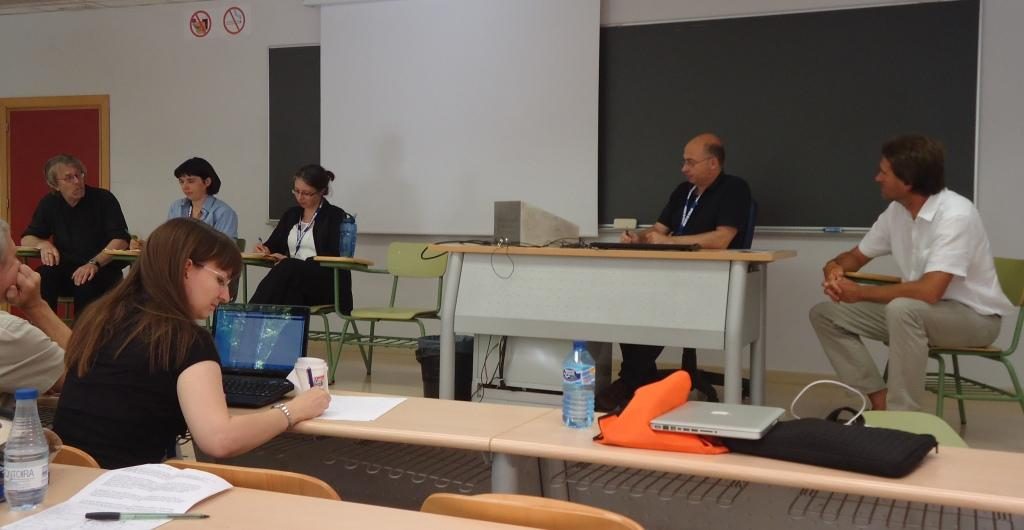 RC36 had ten excellent sessions during the World Congress in Madrid, and there was great synergy between the panels. A special thanks to the Chairs, Discussants, Presenters, and of course, those who attended the panels and contributed to the sustained and stimulating discussion throughout the Congress.
Business Meeting

At the business meeting the Chair and Secretary were re-elected – Mark Haugaard and Kevin Ryan respectively. Phil Cerny was elected as the new Vice-Chair, and thanks was given to Henri Goverde as the outgoing Vice-Chair.
A new Board of eight members was also constituted: Erkki Berndtson, Michelle Frasher, Valeri Ledyaev, Pamela Pansardi, Kira Peterson, David Strecker, Alina Vladimorova, and Johan Zaaiman

With a view to planning future research activities, it was agreed to convene the next interim meeting in Galway during September 2013; provisionally the weekend of the 21st/22nd. The tentative title agreed upon was ‘Power With?’ – the objective being to examine the relationship between power ‘with’, ‘over’ and ‘to’. Two subheadings were also suggested: “power ‘with’ and democracy”, and “power ‘with’ and revolution”.

Following a suggestion by Phil, it was decided that Board members will take on specific tasks in promoting collaboration with other research groups and organizations. Kira and Phil agreed to organise our involvement at the next APSA Congress. David will organise collaboration with the ISA through his involvement with RC35 (Conceptual and Terminological Analysis). Alina is going to explore the possibility of RC36 involvement at the ECPR Graduate conference, and Pamela is going to look into specializing in political theory at the ECPR Joint Sessions.
Published on Wednesday, September 12 2012 by Kevin Ryan